How do you show up every day?

I was in Mexico this week to interview candidates for an open position on my team. The first candidate showed up a few minutes early, presented well, and I liked him. My colleague was assisting me on the interviews. We conducted the first half of the hour in Spanish and then, as my colleague had to excuse herself for another meeting, we spoke mostly in English. The candidate kept up and was very engaged in the discussion. I liked him right away and could visualize him being successful in the role. 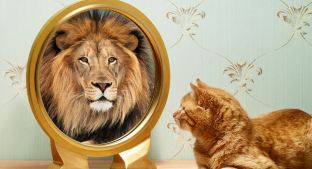 The second candidate did not show up. Fifteen minutes after the interview was scheduled to begin, I asked HR if they had confirmed she would attend. When they tried to call her to find out if there was an emergency or she was running late, she did not answer. I found myself annoyed, but since I had some extra time to work, I finished up a few pending items on my laptop.

The third candidate was not due until 3:30 p.m. and since lunches tend to be on the later side here, I walked outside to lunch with 2 colleagues and were away from the office from about 1:15-2:30. I had a chance to visit with my local CRS and the clinical quality person for a while and finished more work.

At 3:25 HR dropped by to tell me the candidate had called to say she was in a meeting that ran over, but she could be at the interview 30 minutes late if I was still open to receive her. I told her yes. I appreciated the courtesy of the call. True, she probably should have scheduled more time between meetings or scheduled a later interview. But I am human, and I sometimes over-schedule my calendar. I appreciated at least her call and the option to reschedule or to meet her same day.

The interview itself started at 4 p.m. I was pretty tired at that point, and since I had not slept so well the night before (early morning insomnia) I was a lot less focused and engaged overall. My colleague who was helping had skipped lunch and was pretty tired, so we did not present or ask questions in an organized way. I liked this candidate. She was conversational and friendly, but I really was much less focused and present at that hour of the day. So I was less attentive to her answers.

The next morning, reflecting on the day yesterday, I was disappointed in how I showed up for that second candidate. True, she was late. And I shifted my schedule for her and my colleague had to stay later than she had planned as well. But I wish I had been able to give her the energy I had for the first candidate of the day. In my own mind, when I compare the two he stood out. But I was fresh then, and I was engaged in carefully understanding his answers to questions (especially since the first half was in Spanish so I had to listen closely).

I started considering what it means to truly “show up” for the work we do every day. How do we show up at our best for what we do? I know for me, I am better when I have had adequate rest, some quiet time in the morning for reflection, meditation and perhaps writing in my journal. Sometimes I have had time for a quick 20-30 minute run. Other times sleep beckons more than my need for exercise.

By the the end of the day, typically after about 3 or 4 p.m. my attention wanes. On a typical day, I make my list of tasks I will tackle in the morning when I am fresh and full of energy. I know this about myself, that I have always been a morning person.  From the time I was a baby my Mom told me that I was all smiles in the morning, happy to greet the day. This has carried over into my adulthood. My husband knows after about 8 or 9 p.m. I am “toast” in terms of brain power.

I am trying to make a decision on whether to extend an offer to one of the candidates that actually showed up for the interview yesterday. My own bias is toward the first one, but I am mistrustful of that bias. For one, I showed up fully for his interview in a way that I simply did not have the energy to do for the late-in-the-day appointment. Another: I am not sure he would be a great fit, he was just the best of the short-listed candidates HR had brought forward. 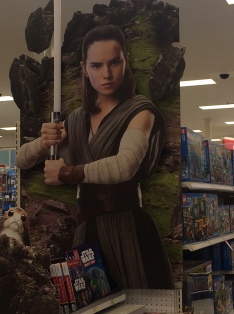 Clinical research is demanding and the medical device field requires a substantial amount of training before a CRS can be fully functioning in their role. It takes 12-18 months of focused training due to the contacts and networks you must develop to be effective. So every hiring decision is a serious one, and should not be taken casually.

I was first hired here as a contract employee. I worked for two years without benefits or paid vacation time. But there was value to figuring out whether I was a “fit” for this employer and for my department. It took me at least 3 months to figure that out as I was learning my role. I wish employers could more often have at least a 2-4 month period before making a longer term offer.

Once your employer sees you “showing up” day after day and getting the work done, actively learning and making contacts within the organization, it is easier to evaluate  long term fit. Interviews are typically 1-2 hours when you can put your best foot forward. While they are an important first step, they are an incomplete view at best. I will make a decision after thinking through the needs of the office, and my other employee already in Mexico.

How do you show up (at your best) in your interactions with people? Are there ways you can be more fully present in what you do? What difference would that make? 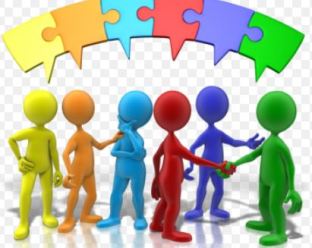 MexiMinnesotana is a clinical researcher by day; writer, reader, yogini, meditator, and social agitator in her free time. Married with two cats, and an abundance of good people in her life, she nevertheless would like to preserve her privacy for now. View all posts by meximinnesotana

One thought on “How do you show up?”

This site uses Akismet to reduce spam. Learn how your comment data is processed.